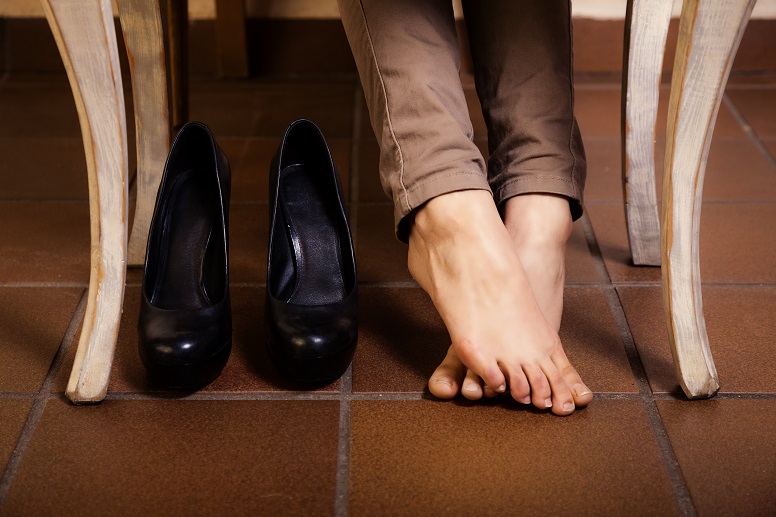 Picture the scene. Lazily watching your favorite television show, or perhaps at your computer surfing through the latest social media gossip. Maybe you’re cooking dinner whistling a catchy tune or playing with the children in the garden on a sunny day, all without a care I the world. Then, suddenly it happens.

A paralysis of unimaginable magnitude strikes and pain racks your body. Muscles contract with concrete solidity, stricken logic gives way to a spontaneous panic reaction which overwhelms logical thought. You stamp, slap and rub, anything to loosen the satanic grip which has taken possession of part of your body in a sheer millisecond.

Then, the grasp of the devil loses its grip, the spasm and pain subsides and gives over to relief and the return of rational thought. Your brain tries to make sense of what was a few minutes of the unfathomable. With breathless realization you analyze and diagnose the experience. Cramp.

Cramp, what is it? 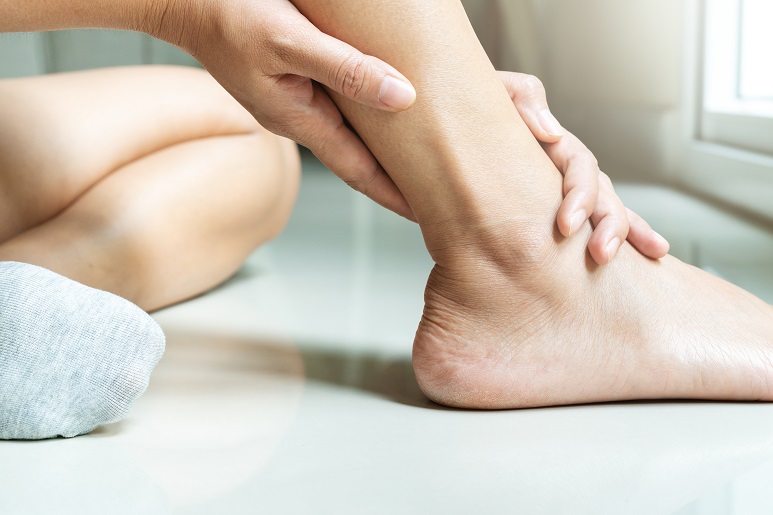 As we go about our lives we are constantly using our muscles. They contract and relax via our own voluntary signals. From physical exercise, a tapping of a finger or a smile on our face we are constantly giving commands to our muscles in order to carry out our will. We give little, if any, thought to the process.

On occasions a muscle, or muscles, may contract involuntarily. This could manifest itself as something as simple as a minor twitch, or a massive contraction tighter than which we would consciously be able to achieve. It is this that is referred to as cramp. It can cause excruciating pain, last for a few seconds or a few minutes. Although rare, in extreme cases it can last for a number of hours.

Cramp, or muscle spasms, in the feet is probably the most debilitating, and potentially dangerous, way to suffer this lightening affliction. If a person is active at the time of the attack, perhaps driving a car, foot cramps have the added possibility of causing the victim to be involved in an accident, further endangering themselves and others.

A true cramp is when a muscle, or a group of muscles that would usually work in unison, such as those that control the movements of our toes and feet, contract involuntarily. Most physicians and rheumatologists are of the opinion that true cramps are due to hyperexcitability within the nerves that control the muscles. This form of cramp is referred to a skeletal muscle cramp.

Why do Cramps Occur? 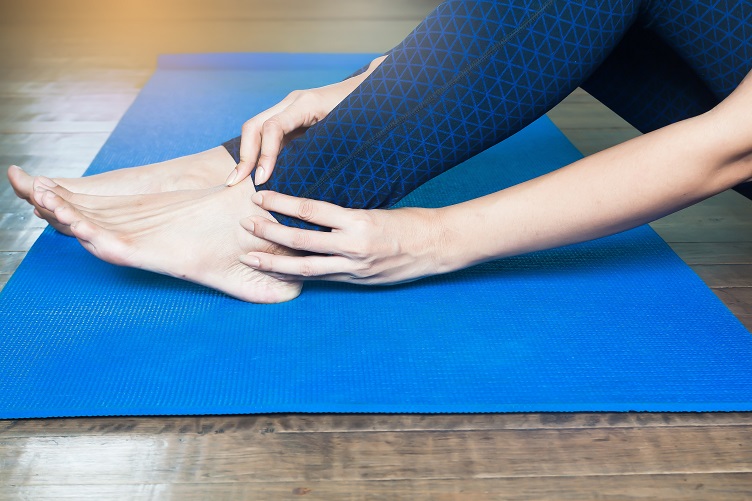 It is worth noting that the medical profession recognizes three classifications of muscle cramp. They are: true muscle cramp, tetany muscle cramp and dystopic muscle cramp. It is also common to hear reference to nocturnal cramp, although this is very real it is classified within the three recognized categories.

Experts admit to not fully understanding the causes of true cramp, but do agree that there are a number of factors which can contribute to the occurrence of muscle spasms. A previous injury, such as a broken bone, is one of those factors. If a bone has been weakened due to an injury, and is under excessive strain, the muscles may go into a spasm as a protective reaction to prevent further injury.

Undertaking vigorous physical activity, particularly if an individual is unaccustomed to the stresses imposed by the activity, or that the activity is repetitive, is universally accepted as a common factor in sufferers of true cramp. True cramps induced this way can occur during or after physical activity, even several hours later.

On the other side of the coin, lethargy can also be a suitable inducement for muscle spasms and true cramps. Surprisingly, sitting or lying for extended periods of time can cause muscle fatigue, particularly if doing so in an unnatural position, this can cause the muscles to rebel and then go into a defensive mode which causes muscle spasms and cramp, thus forcing the person to alter their position or posture.

The least understood of all cramps are what is referred to as nocturnal cramps. These occur when the victim is sleeping and are often repetitive, occurring several times a night or on successive nights. Although the causes are unknown, it is thought that they may be due to movements that manipulate the muscles, such as the toes being pointed upwards, shortening some muscles while over stretching others.

Physical activity, particularly during warm weather, can result in another mitigating factor in an attack of cramp, that being dehydration, and this cause of cramping can be an indicator of heat stroke. Endurance athletes are particularly vulnerable to the excessive loss of body fluids through perspiration. Dehydration lowers the level of sodium in the body and it seems that this depletion of sodium is a major contributory factor in the onset of cramp.

Irregular distribution of body fluids caused by underlying medical conditions are also known facilitate true cramps. Cirrhosis of the liver is a prime example. This disease can lead to a build-up of fluids in the abdominal cavity which is known to exasperate the frequency of true cramps. This is also true for people undergoing dialysis for kidney disease.

Depleted levels of calcium and magnesium in the blood are known to directly affect the excitability of the nerves which increases the risk of spontaneous true cramps, particularly in older adults and pregnant women. Other factors that can affect the levels of calcium and potassium in the blood are the taking of diuretics, hyperventilation and any illness that causes excessive vomiting.

Additionally, low levels of potassium, although normally associated with muscle weakness, can also add to the likelihood of true cramps.

Not all muscle cramps are classified as true cramp. There is also tetany muscle cramp. This term is derived from the word tetanus, which is when toxins affect the nerve endings on muscles throughout the body. Tetanic muscle cramps are very often indistinguishable from true cramps due to additional muscle sensations being masked by the excessive level of pain that the cramp causes.

There is a third category of cramp, dystonic muscle cramp. This term is used to describe cramps in muscles which would normally work in the opposite direction of those muscles actually being used, or muscles that are being used to exaggerate a particular movement. Typically, dystonic muscle cramp comes about through any activity that requires repetitive muscle actions causing localized muscle fatigue.

It is also known that vitamin deficiency can also play a part in causing muscle cramps. Deficiencies of thiamine (B1), pantothenic acid (B5), and pyridoxine (B6) in particular seem to accentuate the likelihood of muscle cramp, for reasons which remain unknown.

It should be noted that trues cramps are the most commonly experienced class of cramp, followed by tetanic cramp and with dystonic cramp being the least common. However, not all cases of cramp can be categorized within the three spheres of cramp classification. Many cases of individual or frequent attacks of muscle cramp may be due to any number of medical conditions or the prescribed drugs being taken to treat those conditions.

Being aware, and taking note of all of the above can help in understanding muscle cramp. Understanding foot cramp in itself goes a long way in being able to prevent or reduce the likelihood of attacks.

In addition, maintaining a gentle exercise routine is always advisable for everyone, more concerted stretching exercises should be undertaken prior to any vigorous physical activity. Daily, plenty of fluids should be imbibed, during and after any physical exertion hydration is even more vital. Ideally electrolytes should be routinely drunk as they help to boost the sodium and potassium levels which are depleted through perspiring.

The instances of nocturnal foot cramps can also be reduced through gentle stretching exercises prior to sleeping. Physically pulling the foot back towards the shin and pointing the foot forward and rotating movements of the foot at the ankle joint can all aid in minimizing the occurrences of nocturnal cramps.

There are very few instances of foot cramps causing any lasting damage to those afflicted by the condition, regardless of its regularity. The worst the victim of foot cramps can expect is a degree of localized soreness or tenderness of the affected muscles after the cramp. This discomfort will fade and can be eased with gentle massaging.

Your local foot specialist can also play a part in assisting those that have predisposition towards foot cramps, whilst also providing advice on the prevention of falling victim to the condition. Locally, there are to be found independent foot specialists the length and breadth of the country. These local independent clinics should be the first port of call for anyone experiencing foot cramps.

Rebekah Henning is a Foot Health Professional (FHP) who has gone through specialized training at The SMAE Institute based in Maidenhead. She is fully trained and qualified in both the theoretical and practical aspects of foot health and care to enable her to assess the condition of your feet and treat as appropriate, referring you if necessary. She provides routine foot care and maintenance for your feet using the latest procedures and techniques to ensure that you receive the best possible treatment. Her knowledge and skills are up to date by undertaking continual professional development and she is also a Member of the British Association of Foot Health Professionals (MAFHP) and a Member of the College of Foot Health Professionals (MCFHP).